Fighting for Freedom from Fear

By Dan SnyderMarch 23, 2009Uncategorized
No Comments 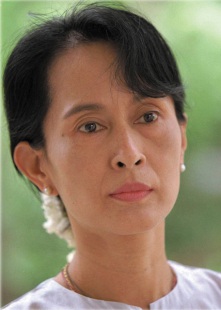 During our study abroad term here in Southeast Asia we have had a lot of great lectures on a variety of issues. Although a lot of the issues we’ve discussed have had an impact on me, the one that has affected me the most has been that of Myanmar (Burma).

Amidst the tyranny of the military junta ruling the country, there has been a voice of hope: Aung San Suu Kyi. For the past two decades she has been championing the cause of basic human rights and dignity for the Burmese people. It is not an easy fight, and as she says:

“It is not easy for a people conditioned by fear under the iron rule of the principle that “might is right” to free themselves from the enervating miasma of fear. Yet even under the most crushing state machinery courage rises up again and again, for fear is not the natural state of civilized man.”

She embodies this courage that she speaks of by backing up her words with her actions. She has been under house arrest for most of the past 20 years with extremely limited contact with the outside world. She has sacrificed her freedom and liberty for her fellow people and for a cause that she believes in so passionately.

She has been able to communicate her message through writing books which can in turn garner worldwide attention to the plight of the Burmese people. Unfortunately, her advocacy is needed now more than ever because not much has changed in recent years. The military junta is still receiving funding from nearby countries who are eager to capitalize on Myanmar’s extensive natural resources.

What can be done in a seemingly hopeless situation? Suu Kyi puts it this way:

“I would therefore like to call upon those who have an interest in expanding their capacity for promoting intellectual freedom and humanitarian ideals to take a principled stand against companies that are doing business with the Burmese military regime. Please use your liberty to promote ours.“

During this trip, Aung San Suu Kyi has truly been an inspiration to me, and I hope that I too can have the courage to back up my ideas with action.